‘Zama’ Offers A Withering Critique Of Colonialism From Within 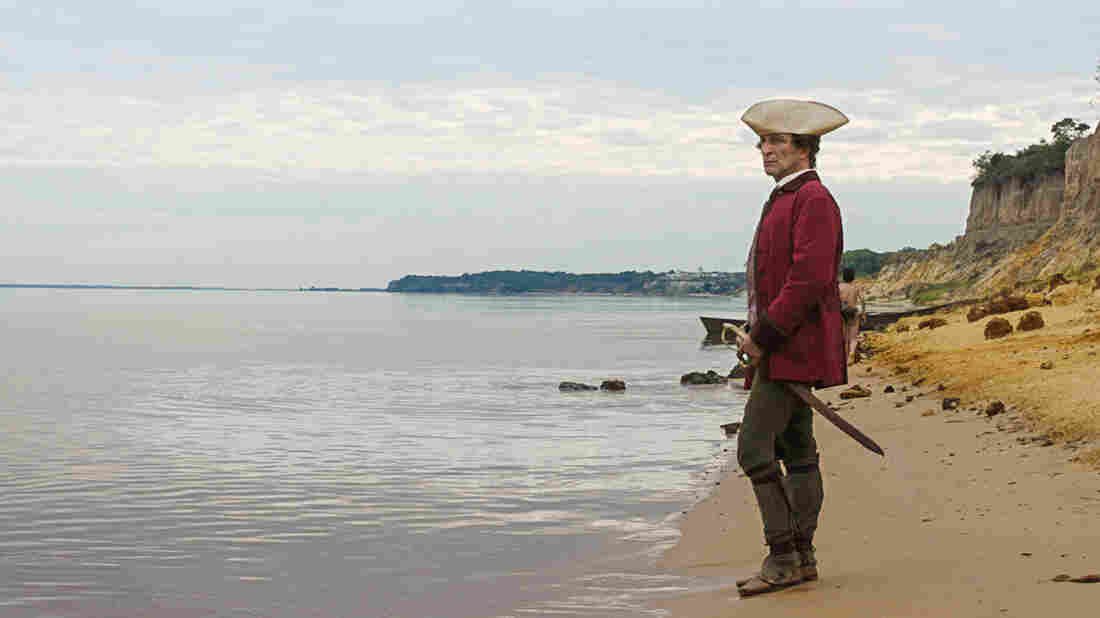 Daniel Giménez Cacho plays an official of the Spanish crown who is stationed at a remote outpost along the Paraguay River in Zama. Strand Releasing hide caption 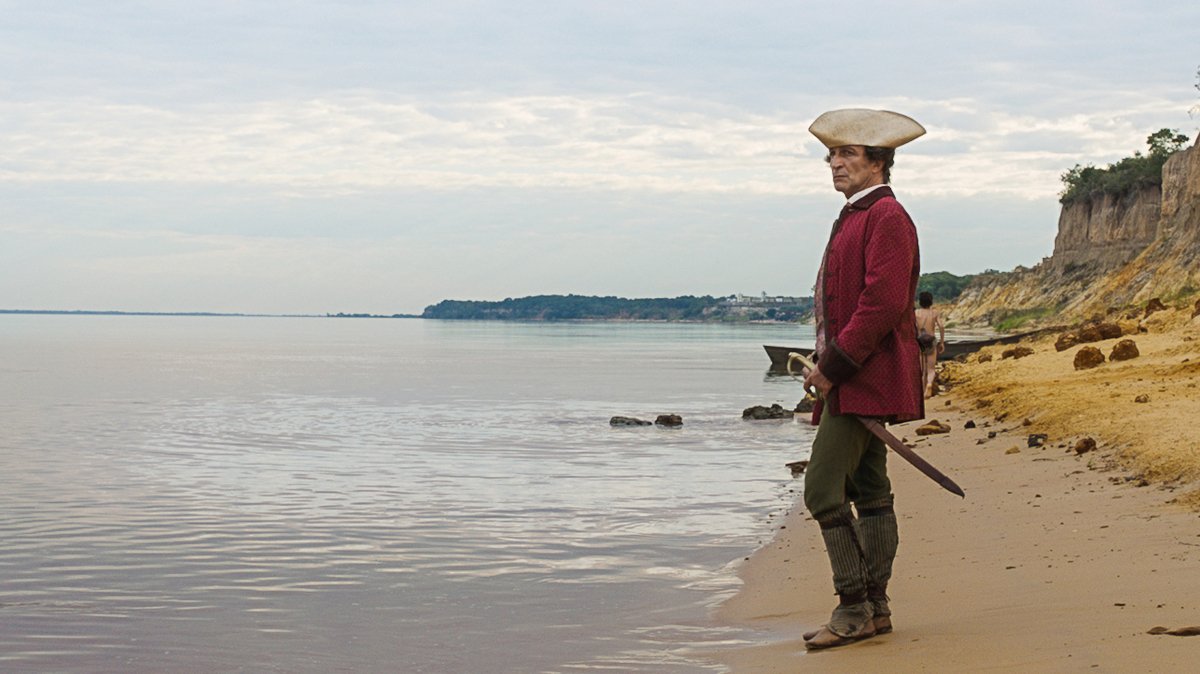 Daniel Giménez Cacho plays an official of the Spanish crown who is stationed at a remote outpost along the Paraguay River in Zama.

How do you make a movie about stagnation? A movie that doesn’t just tell you a story about someone wasting away, but that seems to embody a state of physical and moral decay for nearly two hours?

It may not sound like a glowing recommendation, but Lucrecia Martel has made such a movie with Zama, her feverishly brilliant adaptation of Antonio di Benedetto’s 1956 novel of the same title. This is one of the most atmospheric and transporting films I’ve seen all year, and also one of the best.

Di Benedetto’s novel tells the tragicomic story of Don Diego de Zama, an official of the Spanish crown stationed at a remote outpost along the Paraguay River. He was born in the New World but serves the Old, an empire in which he has never once set foot.

The year is 1790, and Zama, bored, frustrated and separated from his wife and children, hopes for a transfer to Buenos Aires, where he’s certain he will find greater purpose and prosperity. The book, narrated by Zama himself, is a bitterly ironic account of pride, pettiness and self-pity, a devastating critique of European colonialism from the inside.

Zama the movie is remarkably faithful to the book’s spirit. Played in a superbly weary, bone-dry performance by Daniel Giménez Cacho, Don Diego de Zama is very much a figure of mockery, but his slowly dawning awareness of his own futility is not without a certain pathos.

In the opening shot, we see him standing alone on a beach, wearing a sword and a tricorn hat, and striking a ridiculous, would-be heroic pose. The rest of the movie will slowly lay waste to his delusions of grandeur.

The first half plays like a comedy of bureaucratic errors by way of Samuel Beckett, as Zama repeatedly pleads with his superior to write a letter to the king and obtain approval of his transfer. Apart from his occasional duties as a magistrate, Zama mostly just waits and waits, and every scene seems to compound the indignity of his existence.

He is forever being ignored by his superiors, thwarted by his colleagues and rebuffed by a noblewoman, Luciana, whom he hopelessly lusts after. She’s played by Lola Dueñas, known for her work with Pedro Almodóvar, who is credited as one of the film’s producers.

No one, however, is likely to mistake Zama for an Almodóvar movie. Martel has little use for straightforward narrative. Her style is immersive yet disorienting: Rather than neatly sorting out the characters’ relationships or cutting from one plot point to the next, she creates a highly specific, intricate world that demands and rewards your close attention.

Surrender to this movie and you might find yourself held rapt by the sheer intensity of Martel’s filmmaking. Her sensuous camerawork and wild, teeming sound design, alive with the noises of buzzing insects and screeching birds, conjure an air of stifling humidity. The physical world here is palpably present, and completely indifferent to men like Zama and their arrogant attempts to tame it into submission.

Martel’s previous films, which include The Holy Girl and The Headless Woman, have been sly satires of bourgeois privilege, and her sense of class rage makes her a natural fit for di Benedetto’s anti-imperialist takedown. Whereas so many screen adaptations of first-person narratives tend to lose their focus, Martel ingeniously forges her own point of view.

She doesn’t just march Zama through a series of humiliations. She strategically undermines his position in every shot, often placing him off to the side or dwarfing him visually. Barely a scene goes by in which we aren’t made aware of the indigenous slaves employed by Zama and his cohorts, going about their business in the background or foreground, looking on in judgmental silence.

These visual strategies may seem odd at first, but they have a real sense of purpose. In refusing to make Zama the center of the frame, the movie reminds us that this man, whatever he may think, is not the hero of his own story.

That becomes increasingly apparent in the movie’s second half, as the desperate and disenfranchised Zama ventures into the swampy wilderness, joining a dangerous mission to capture an enemy of the empire.

The story ends as it must, in a whirlwind of violence, and Martel’s precisely controlled imagery turns rapturous, almost in spite of itself. It’s a terrifying vision worthy of Werner Herzog and Joseph Conrad. The grand dream of human conquest becomes a nightmarish descent into madness.