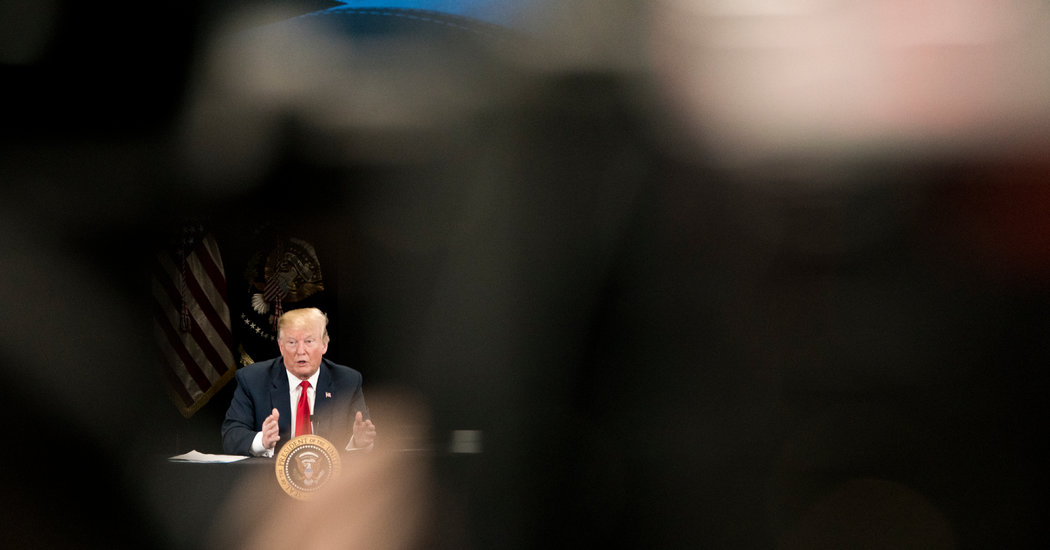 White House officials have begun preparing options to help boost the American economy and prevent it from falling into a recession, including mulling a potential payroll tax cut and possibly reversing some of President Trump’s tariffs, according to people familiar with the discussions.

Mr. Trump continues to insist the economy is “doing tremendously well” and he and his advisers publicly dismiss any notion of an impending recession. But behind the scenes, Mr. Trump’s top economic advisers are pulling together contingency plans in the event the economy weakens further.

Economists inside the administration have drafted a white paper exploring a payroll tax reduction, which would seek to boost the economy by immediately injecting more money into workers’ paychecks. The Obama administration employed a two-year payroll tax cut in 2011 and 2012, in an effort to stimulate what was a sluggish recovery from the recession that ended in 2009.

Mr. Trump has not been briefed on the idea and it is unclear whether he would push such a plan, which would require congressional approval.

A White House official said while the administration is open to more tax cuts “cutting payroll taxes is not something that is under consideration at this time.”

The discussion of a payroll tax cut was first reported by The Washington Post.

This is a developing story. Check back for updates.