Titans up 14-3 on Ravens: Live Score and Updates 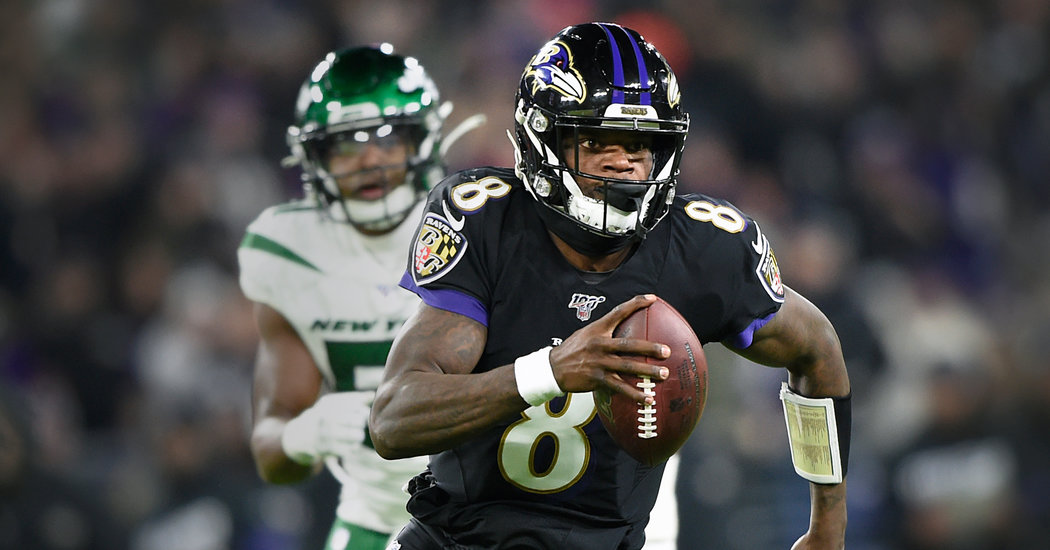 The Baltimore Ravens, led by breakout star quarterback Lamar Jackson, begin their playoff campaign at home on Saturday night against the Tennessee Titans, a team that upset Tom Brady and the New England Patriots during wild-card weekend.

The Ravens earned the top seed in the A.F.C. and had a bye last weekend. Jackson, the leading candidate to be selected as the league’s most valuable player next month, threw 36 touchdowns during the regular season — the most in the league — and ran for seven more. He also had 1,206 rushing yards, breaking Michael Vick’s record for the most in a season by a quarterback.

The Titans sneaked into the playoffs on the final day of the season, beating the Houston Texans to claim a 9-7 record and the sixth seed in the A.F.C. But they took down the heavily favored New England Patriots, 20-13, behind a stout performance from their defense and 182 yards rushing from Derrick Henry, who led the league in rushing and tied for the lead in rushing touchdowns.

Here are some things to consider going into the game.

Bill Belichick may be one of the greatest coaches in N.F.L. history, but his coaching tree isn’t very impressive. Former assistants like Romeo Crennel, Charlie Weis, Eric Mangini, Matt Patricia and Josh McDaniels have all struggled after leaving the nest to lead their own teams. But could one of his former players, Mike Vrabel, be an exception?

Vrabel, who is in his second year as the Titans coach, played for Belichick for eight seasons but did not coach under him. And in the Titans’ victory over the Patriots last week, Vrabel showed he’d learned a thing or two from the master.

Up 1 point in the fourth quarter with 6:33 left, the Titans opted to punt on a fourth down. But in order to give the Patriots as little time to work with as possible, the Titans intentionally took consecutive penalties, keeping the clock running. And after the Patriots accidentally committed a penalty of their own, they received the ball back with just 4:44 left.

Where had Vrabel seen the move before that took advantage of a loophole in the rules? From Belichick, of course. He used the same maneuver while facing the Jets in October.