Space Photos of the Week: Jupiter’s Big Storm Is Blowing Over 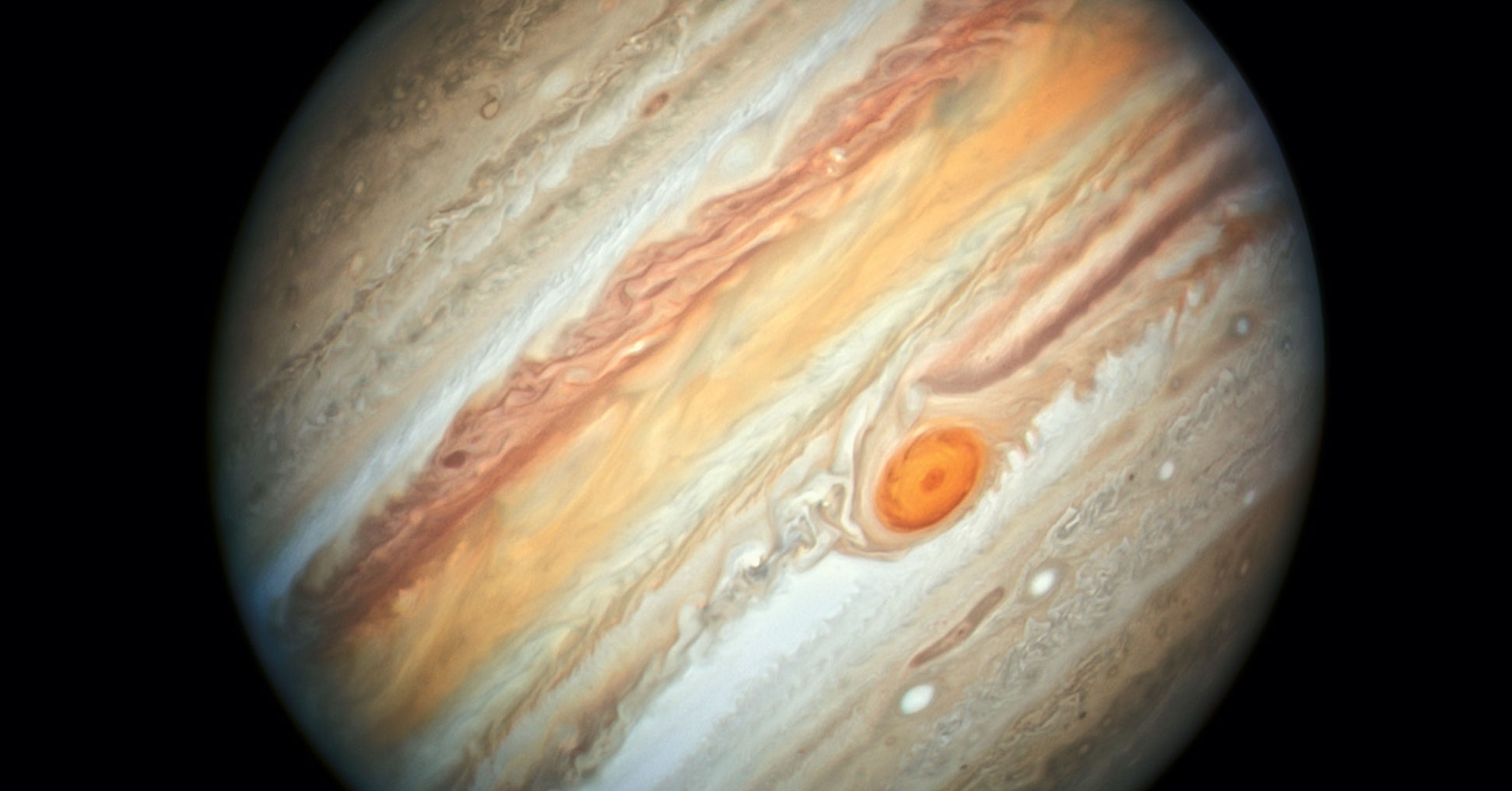 On June 27, the Hubble Space Telescope pointed toward Jupiter and captured this spot-on shot of the planet and its shrinking Great Red Spot. Jupiter is known for the colorful bands that wrap around it and we can see them here clearly, even as bending and arching storms develop within them.

In the southern highlands of Mars is a region called Terra Cimmeria. This area is one of the more heavily cratered areas on the planet, and in 2003 NASA landed one of its exploration rovers, Spirit, close by.

This is the Seagull Nebula—so named because it looks like a bird in flight. Gases like hydrogen and helium, as well as heavier elements, are abundant in star factories like this nebula. They’re a reminder that such “star stuff” is what created our Sun, and our solar system, and … us.

As a star like the Sun ages, it loses the ability to convert hydrogen into helium. This causes the star to become unstable and then collapse under the weight of its own gravity, ultimately resulting in a gas cloud—like this one, Abell 24.

Speaking of our good old Sun, astronomers are keen on taking advantage of eclipses to study characteristics beyond what we normally see. When the Sun, Earth, and moon are aligned, they’re able to study the corona and magnetic field that spills out and around. This composite image is from the total solar eclipse that took place in early July, featuring visible light from La Silla Observatory in Chile and ultraviolet data from the Solar and Heliospheric Observatory and the Solar Dynamics Observatory.