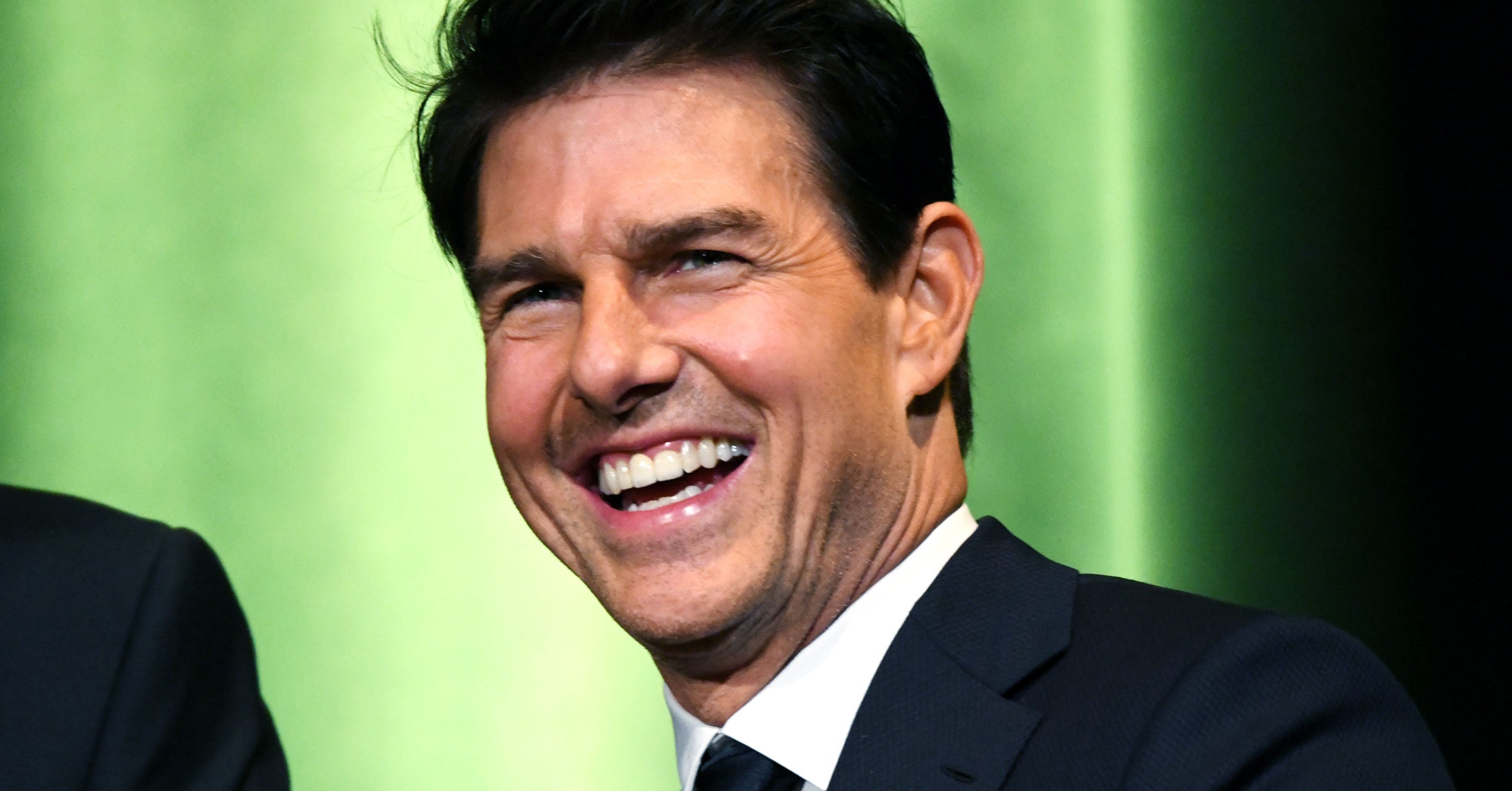 It’s been a week where everyone’s favorite member of the Queer Eye Fab Five—sorry, Bobby—Jonathan Van Ness came out as being genderqueer, where Radiohead released outtakes from OK Computer to foil hackers, and a week where an ice wolf that died over 40 millennia ago was discovered, preserved, in the Siberian permafrost. And that’s not all—President Trump also favorited a tweet about Rihanna for some mysterious reason. What else happened on the internet last week? While You Were Offline is here to catch you up.

President Trump Got a Nice Letter from Kim Jong-Un

What Happened: The romance between President Trump and Kim Jong-Un continued last week with a press conference in which everyone discussed a very special letter, one that had clearly driven the president to distraction.

What Really Happened: As anyone who’s been paying attention knows, the connection between President Donald Trump and Kim Jong-Un is surprisingly close considering the historically difficult relationship the US has had with North Korea. Trump has talked about falling in love with the North Korean leader, which led to hopes of a denuclearization, even when the second summit ended early and poorly earlier this year. And then, last week, this happened.

Yes, that’s the president giddily talking about a letter from the North Korean leader, as if it was a love note sent to an anxious teenager. It was weird, but isn’t weird the new normal now? Perhaps we should just appreciate the closeness of their friendship, especially given that the alternative might be much worse.

Still, some couldn’t help but be surprised by how not surprising this whole thing was.

But what was in the letter? Oh, that was a whole thing in and of itself, as it turned out.

Wait. See that thing about the CIA? That was something that a whole lot of people noticed, as it turned out.

The actual backstory here is even stranger, in that Kim’s brother, Kim Jon-Nam, was murdered in 2017 at the behest of, it’s commonly believed, North Korea. (The two women responsible have said that they were tricked into their actions by North Korea.) So Trump is literally announcing to the world that he’d protect someone who’d murder his own brother even if the CIA wanted to gather intel on a foreign enemy. That seems … concerning. Surely someone can clear this up.

As to other US/North Korea topics discussed by the president, well, he didn’t handle those so well, either.

That has to have been some letter.

The Takeaway: At least some people were asking the important questions.

When Donald Sat Down With George…

What Happened: The President of the United States went on ABC News to remind voters he’s happy to do whatever it takes to get elected.

What Really Happened: With all of his continued claims of “Fake News!” it’s no surprise that the president has shied away from interviews with outlets that don’t have the name Fox News. Last week, however, he sat down with ABC News’ George Stephanopoulos for a conversation, and it’s fair to say that the interview contained one genuine news-making moment.

But there’s more to this than just that. Trump has, uh, apparently thought this through?

Suffice to say, people were appalled.

It wasn’t just those on the left contradicting Trump on this matter, either.

And then there was the chair of the FEC making the rules very clear, while also pointing out how surreal it is that she even had to.

Trump tried to explain himself on Twitter the next day, only to make matters worse.

Ignoring the obvious “I would never be trusted again” line—because foreign diplomats expect everything said to the president is in confidence? Also, isn’t the president meant to be loyal to the United States, not whether or not people trust him?—there’s also this.

You know this got to President Trump by the fact that, two days later, he called in to Fox News to backtrack and say, sure, “of course” he’d go to the FBI.

And, for those wondering if there was going to be something in his past that reveals the president wasn’t exactly truthful here, there was.

The Takeaway: That the majority of elected Republicans kept quiet on this topic before the president corrected the record by reversing himself entirely also didn’t go unnoticed during this whole week.

The Dramatic Return of Kellyanne Conway

What Happened: Even for some Trump appointees, it turns out that there is a limit to just how much someone can get away with before they have to be held accountable, which is bad news for someone who has waaaaay overstepped that line.

What Really Happened: Really, before last week, it had been far too long since Trump advisor Kellyanne Conway had been in the news for any reason other than being married to a vocal Trump critic. Remember the days when she’d tell people to buy Ivanka Trump’s merchandise or freestyle spin to distract the press? Remember the classic Kellyanne? Turns out, the Office of Special Counsel does.

Indeed, the OSC recommended Conway be removed from federal service for her repeated violations of the Hatch Act. Dammit, this is obviously a partisan hit job and—wait, who put this guy in charge of the Office of Special Counsel investigations?

If that seems like a big deal, it’s because … it is.

It’s probably fair to say Conway responded as most people expected her to.

Other political figures, however, weren’t quite as forgiving:

So, what’s next? Who would be responsible for firing Conway?

Indeed, the White House counsel’s response to the matter is something special in itself.

Does this mean that Conway just gets to hang on being a hanger on? Perhaps not.

Still, at least her job is safe, as the president declared on Fox News.

What Happened: With so much negative attention being focused on President Trump midweek, it was time for a sacrificial lamb to be thrown to the crowds as a distraction technique. Sorry, Sarah.

What Really Happened: As is very clear from the above, what started as a relatively quiet week for Trump had, as we headed into the second half, turned into a nightmare. What was clearly needed was a distraction from all this bad news. At first, it looked like that would be war with Iran, but instead, early Thursday afternoon, the president offered an entirely different, and far more unexpected, distraction to everything that’s going on.

Yes, the current White House press secretary will retire from the position by the end of the month, with no replacement currently named. It’s the end of an era, for sure, but how will Sanders be remembered? Twitter immediately swung into action to answer that question.

Also, Sanders’ departure was an impressive milestone of sorts for the Trump administration.

That’s a big deal for just three years, isn’t it? I mean, it sure feels like something impressive, and almost makes you long for the days when Sean Spicer was stepping away or Anthony Scaramucci was being fired. Remember Anthony Scaramucci? How could we have forgotten the Mooch? But that’s enough about the ghosts of Trump Administration Mouthpieces Past; what’s next for Sanders? Again, Twitter had some ideas.

Worryingly enough, other people involved seem to have … other ambitions for a post-White House SHS.

The Takeaway: Think of all the opportunities lost to Sanders now that she’s stepping out of the nest so early…

What Happened: There have been many classic clashes throughout the history of mankind: David versus Goliath, Achilles versus Hector, Ali versus Frazier, Batman v. Superman: Dawn of Justice … But last week, the possibility of something even more epic raised its head and inspired the world.

What Really Happened: Let’s end on something resembling a high note. Or, at least, a silly one. What would be the least obvious celebrity meeting you could imagine? Bzzt. You’re wrong, because Justin Bieber has one even more unlikely that he shared on Twitter.

It’s the fight literally no one has been waiting for, and that’s why no one could look away. Needless to say, on Twitter, Bieber’s callout caused exactly the reaction you thought it would.

Also unsurprising, some people wanted to help make this fight happen. (Seriously, hasn’t Bieber seen the Mission: Impossible movies? This would not end well for him.)

Sadly, this was all for naught, as Bieber later admitted he was just joking. Let’s be honest, he just realized how badly he’d lose. That wasn’t the end of the matter, however, because Justin had, as it turned out, inspired people with his, uh … bravery?

The Takeaway: Things didn’t have to end up this way. In another world, there was a far happier climax to this entire storyline.