Before Jail Suicide, Jeffrey Epstein Was Left Alone and Not Closely Monitored 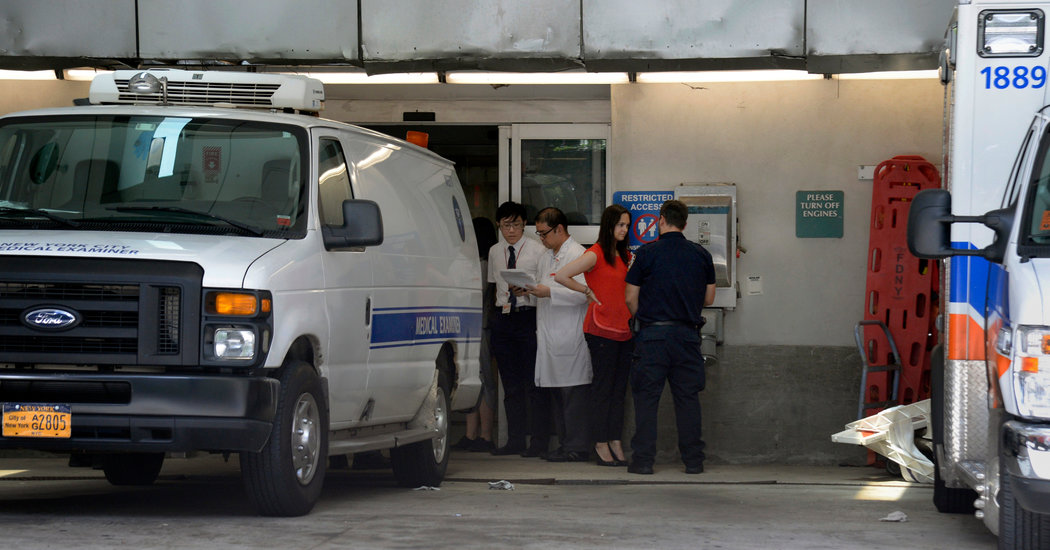 Jeffrey Epstein, the financier who hanged himself in a federal jail in Manhattan, was supposed to have been checked by guards every 30 minutes, but that procedure was not being followed the night before he was found, a law-enforcement official with knowledge of his detention said.

In addition, the jail had transferred his cellmate and allowed Mr. Epstein to be housed alone in a cell just two weeks after he had been taken off suicide watch, a decision that also violated the jail’s normal procedure, two officials said.

The disclosures about apparent failures in Mr. Epstein’s detention at the Metropolitan Correctional Center deepened questions about his suicide and are very likely to be the focus of inquiries by the Justice Department and the F.B.I.

Officials cautioned that their initial findings about his detention were preliminary and could change.

The federal Bureau of Prisons has already come under intense criticism for not keeping Mr. Epstein under a suicide watch after he had been found in his cell on July 23 with injuries that suggested that he had tried to kill himself.

A person with knowledge of the investigation said that when the decision was made to remove Mr. Epstein from suicide watch, the jail informed the Justice Department that Mr. Epstein would have a cellmate and that a guard “would look into his cell” every 30 minutes.

But that was apparently not done, the person said.

Senior law-enforcement officials, members of Congress and Mr. Epstein’s accusers have all demanded answers about why Mr. Epstein was not being more closely monitored.

Mr. Epstein’s suicide has also unleashed a torrent of unfounded conspiracy theories online, with people suggesting, without evidence, that Mr. Epstein was killed to keep him from incriminating others.

Mr. Epstein, 66, was awaiting trial on federal charges he sexually abused dozens of teenage girls when he was found dead in his cell at the Metropolitan Correctional Center at 6:30 a.m. on Saturday.

The former money manager was found semiconscious three weeks ago in a shared cell with bruises on his neck after a judge denied him bail. He was placed on a 24-hour suicide watch and received daily psychiatric evaluations, the official said.

But six days later, prison officials determined he was no longer a threat to his own life and put him in a cell in a special housing unit with another inmate, one prison official familiar with the incident said.

It is standard practice at the Metropolitan Correctional Center to place people who have been on suicide watch with a cellmate, two people with knowledge of Mr. Epstein’s case said.

But Mr. Epstein’s cellmate was later moved out of the special housing unit, leaving him alone, the prison official said.

Bureau of Prison officials said it is standard procedure for guards in special housing units to check on inmates every half-hour.

It remained unclear why that procedure was not followed in Mr. Epstein’s case. Like many federal prisons and detention centers, the jail has been short staffed for some time, union leaders have said.

The two guards on duty in the special housing unit where Mr. Epstein was housed were both working overtime, the prison official with knowledge of the incident said. One of the corrections officers was working his fifth straight day of overtime, while the other officer had been forced to work overtime, the official said.

An investigation by The New York Times that published last year revealed that federal prisons across the country, including the Metropolitan Correctional Center, have been dealing with rising violence as staffing at the facilities has dwindled.

Questions about the safety of such prisons arose late last year when James (Whitey) Bulger, the notorious Boston gangster, was brutally murdered in a West Virginia prison shortly after being moved there.

[Read how staffing shortages have made federal prisons more dangerous.]