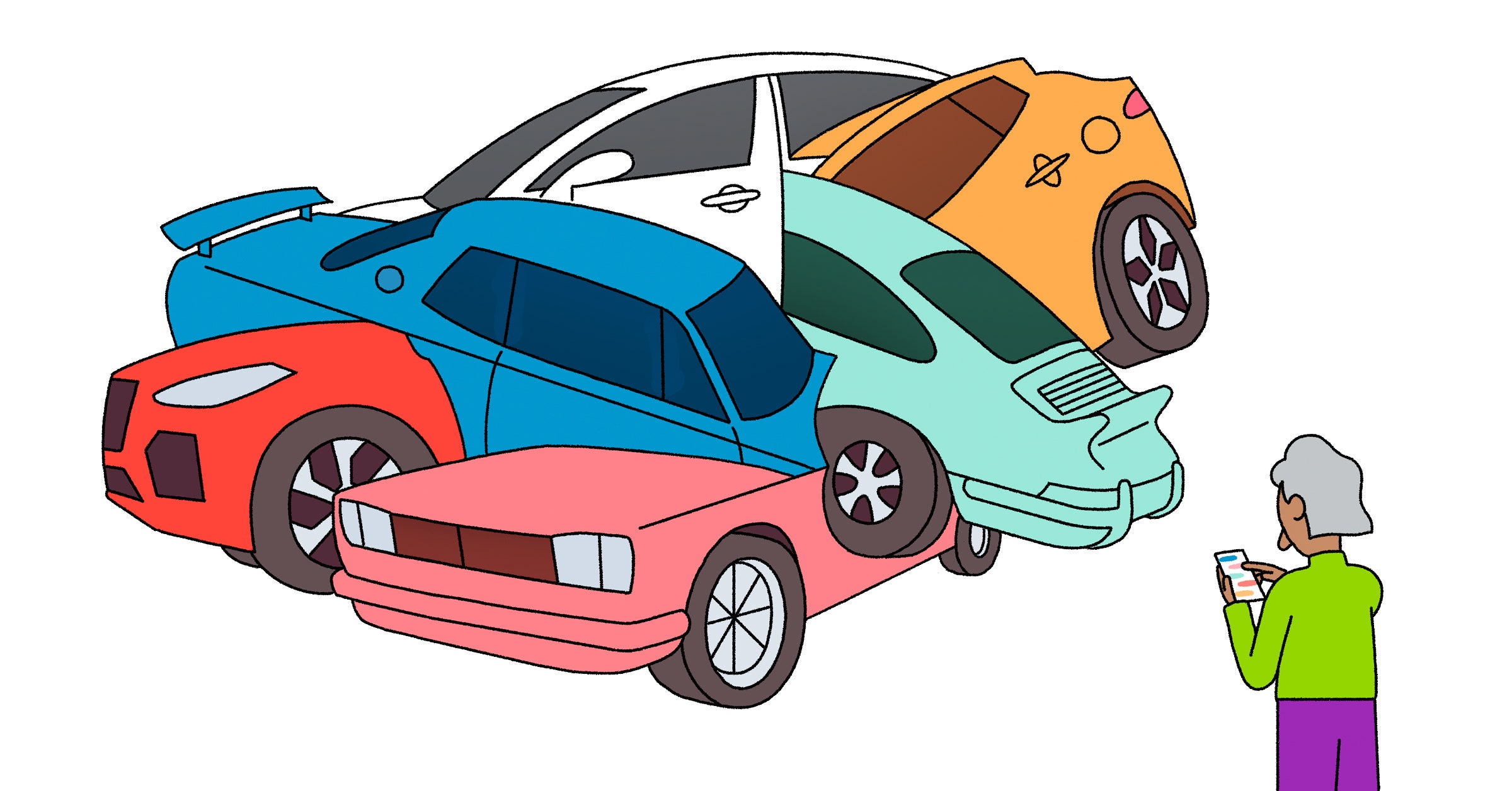 People seeking a set of wheels traditionally had two options: buy or lease. But the advent of ride hailing turned the next generation of drivers into backseat riders. Now app-based subscriptions—think car sharing that’s paid by the month, not the hour—are vying for consumers who fall between Uber addicts and car owners.

Car sharing is projected to grow globally from 5.8 million users in 2015 to 35 million by 2021, according to Boston Consulting Group. “If we’re right, nobody’s going to borrow money to buy a car again,” says Scott Painter, CEO of car-subscription startup Fair. He has reason to be bullish: His company has secured more than $1 billion in funding since 2016. The service connects drivers to used cars at dealerships nationwide, bundling warranty, maintenance, roadside assistance, and optional insurance into one month-to-month, pay-by-app fee (from $150). Pick up your car of choice at a participating dealer and return it at any time with five days’ notice.

A slew of other startups are also wooing commitment-­phobic drivers. In 2015, Flexdrive launched subscriptions in Atlanta, Austin, and Philadelphia, with plans to expand to 24 other cities this year. Carma Car, which started in the Midwest, is now eyeing the East Coast. Even traditional automakers, from Ford to Porsche, are testing subscription models. “This takes a painful process—buying, financing, and maintaining a car—and turns it into a frictionless experience,” says T. J. Rylander, a VC at Next47. It’s the on-demand way: all the utility of ownership, none of the hassle.

This article appears in the May issue. Subscribe now.