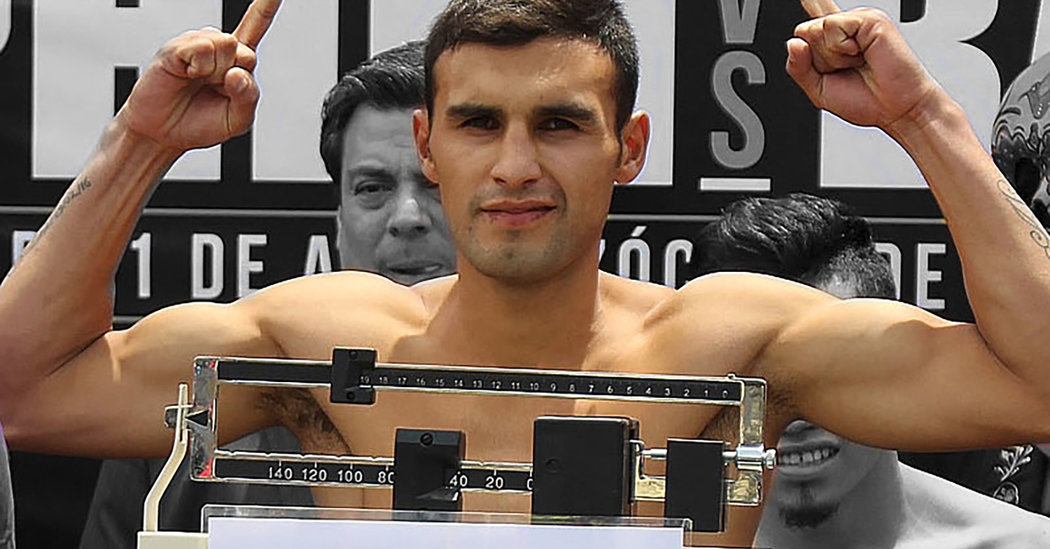 BUENOS AIRES — Argentine boxer Hugo Alfredo Santillán died early Thursday, several days after he collapsed in the ring at the end of a fight near Buenos Aires.

Santillán was the second boxer to die this week following a bout. Maxim Dadashev of Russia died Tuesday in Maryland following a Friday loss to Puerto Rico’s Subriel Matías, a fight that Dadashev’s trainer, Buddy McGirt, dramatically stopped after the 11th round.

After the fight, Santillán raised his arms in victory and waved to the crowd. But moments later, he appeared to drift in and out of consciousness as the results were announced. His head drooped as one of his cornermen helped him stand.

After the draw was made official, Santillán’s legs appeared to give out and he collapsed in the ring as the crowd screamed for a doctor. A medic later approached and assisted him with oxygen, but it took more than five minutes to get Santillán out of the ring on a stretcher.

Santillán arrived at a nearby hospital early Sunday in a coma, and doctors discovered swelling in his brain, said Graciela Olocco, the executive director of the Hospital Zonal General de Agudos San Felipe. Doctors removed part of Santillán’s skull after he didn’t respond to medication, Olocco said.

Santillán suffered three heart attacks while being treated, including one on Wednesday night. He was declared dead early Thursday.

Raúl Quijano, who led the coronary unit at the hospital and was in charge of giving regular updates to the family, said that Santillán’s father, who was also a boxer, told him his son was in good spirits after the fight.

“His father told me that when he removed his gloves, everything seemed fine,” Quijano said. “And he even told him something like, ‘I think I won, Dad,’ and he was perfectly lucid.” But shortly thereafter, Santillán told an assistant that he was feeling dizzy.

The medical team that treated Santillán saw no reason to believe Santillán had brain injuries before the fight.

“There was no blood in the brain,” Quijano said. “Unless this kid had some form of brain malformation, the main presumption, the most likely and most logical one, is to think that this had to do with the punches he received during the fight.”

The two deaths in close proximity prompted fans and followers to consider the implications for the inherently violent sport.

Santillán, who was born in Ceres, Santa Fe province, had a record of 19 victories (eight knockouts), six defeats and two draws.